Ok, this song is straight out of heaven.

But first, a few thoughts on Ben Haenow. I can’t say his name without singing Crowded House’s famous “Haenow Haenow don’t dream it’s over” which is perfectly also the essence of Lions. I’m definitely not the most reliable XFactor watcher, and I am kind of glad I didn’t see the talent show side of this artist so much as the beating-heart voice of his that reaches right out of his new self-titled album.

Looking at a few of the behind the scenes videos, I glimpse that he is a really nice guy too! Humble, friendly and fun – which also effortlessly radiates out of these tunes.

I’m not a fan of the first two singles actually! But this album is otherwise brilliant and I feel that

I stumbled across gold when I found Lions on Twitter

Thus, I had to write about it here. It does something to me, this song. Speaks to my soul, beyond the sound and words, it’s in the rising atmosphere of how the song builds. I can’t help but dance like nobody’s watching. It feels like all of heaven is singing along and it is no coincidence that it was revealed on the 13th of November. It will illuminate these times with a bright light shining into the world. All I feel is pure joy at the climax of the song, more on that later though. Firstly, I couldn’t find the lyrics posted anywhere which are

1 / Everything that’s gone before

Caught up in your shadow

And I don’t know why, but I’m hypnotised

BRIDGE / And I, wanna get thrown to the lions

You got my heart right open here

CHORUS / In the darkness, you light up the room

(you know you do)

You’re the fire that keeps on burning through

I’m surrounded, I know it’s no use

ohh Cause in the darkness, you light up the room

2 / We belong within the sea

Caught up on an energy

Dont look back at what we had

I will give up everything

You’ll be crashing into me

Let this night be set alight

3 / I wanna fall in and be helpless

I’m gonna dive under the waves

Now I don’t ever wanna be saved

and they all lived happily after x

The beginning (jumpy intro beat) reminds me of that big Gotye hit song ‘Somebody that I used to know’ – completely burnt out over the airwaves for me, which, if I was going to find any fault at all in this song, it would be in this initial similarity. However, I like that these two songs I compare are complete opposites in lyrics, yet share the same introduction. This speaks so poetically about how differently relationships can go. It is in the words you speak…that give it a direction of either a Lions ‘die-hard endless-love-story’ or just another ‘break-up song’.

1 / The first line presents a moment in time, a pivotal divine-appointment, a call for a truce. There is a meaningful, undying history here that is worth fighting for. On the back of the usual long and winding, ebb and flow of true feelings that only remain for that rare someone – he reaches out in a moment of epiphany. The truth of this love has hit him once again and has his head once again spinning. This is rare and can’t be easily denied, even by a hardened heart – after years of protecting it, not wanting to be hurt again.

Bridge / My favourite line, packed with a subtle punch of biblical reference. Crossing a statement of surrender with a knowing that there is a depth here, a faith in this love that ensures it’s survival. A faith, a belief that can only truly be built over time. On that promise of a premise, his heart opens once again.

Chorus She brings out the best in him, no doubt the best in each other. This connection is once again referencing a biblical example of that kind of life-changing strength which Moses experienced when God shook his world, speaking through a burning bush. That same fire burned but did not cease, did not burn out, it was firey by nature but not destructive. The bush lit up but was not consumed. This revelation can only bring him to his knees in surrender and awe. Giving such new meaning to ‘she lit up the room’.

2 / A declaration. What every girl wants. A man with vision. This reminds me of the soothing and tender voice in Song of Solomon, encouraging her to not look back, within their bond only the future matters now. A sense of not wanting to waste another second in this reverie he sees now that their love is as endless and as deep as the sea. On which they have only been floating till now… He is willing to do whatever it takes now for them to finally be free. Free to dive into their love-story. Like two turtles crawling back to the ocean from captivity, back to where they were made – to explore and adventure and swim deeply.

3 / The safe shore is no longer an option. He has glimpsed his life as it should be. Nothing will hold him back now.

I would love to here your thoughts on this song. It will be an anthem for my faith-walk and love-walk right into 2016 which I can guarantee will be the best year yet.

Thanks a bunch! And all the best

This site uses Akismet to reduce spam. Learn how your comment data is processed. 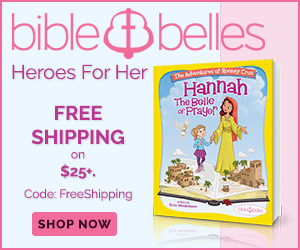